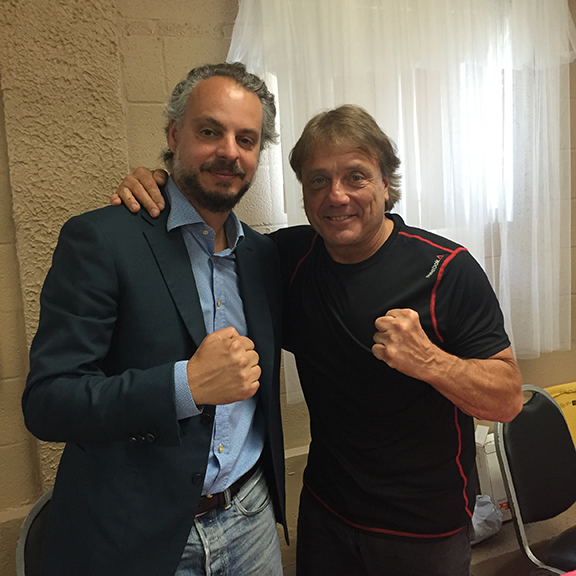 What duty does WWE have to help former wrestlers? The recently dismissed, soon to be appealed lawsuit, argued that WWE actually has legal duties to the injured wrestlers who brought the case. Just as if say, an NFL football player was injured and had long term occupational injuries to their body, the player would, at a minimum would be covered by Workers Comp Laws for their life long injuries. Not so WWE wrestlers. They get: NOTHING, Zero, Zilch. Hence the need to go to the courts to correct this problematic situation.

The WWE according to the lawsuit misclassified it’s wrestlers with unconscionable, unenforceable, boilerplate contracts (you know the kind of one-sided contracts “that aren’t worth the paper they’re printed on”- that’s the kind of contract the wrestlers say WWE uses). The wrestlers argued that these kinds of one-sided contracts violated things called labor laws which are designed to protect people like Marty Jannetty who sustain injuries when they work for a company (particularly injuries with long-term consequences, you know like when you snap your ankle in Madison Square Garden or who you know, just might develop CTE or health issues of that nature and whatnot from numerous untreated concussions).

The Court Ruling doesn’t due much Justice to these claims and even singles out Marty’s ankle injuries as follows: “In addition to these irrelevant allegations  are numerous others, including a list of physical injuries that have nothing to do with concussions or head trauma, incurred by several Plaintiffs in the ring. [See SAC Paragraph 37 alleging that “Plaintiff Jon Heidenreich sustained serious shoulder injuries requiring multiple surgeries” and that ; Plaintiff Marty Jannetty sustained a severe broken ankle”]

The astute reader will also note the addiction issues raised in Marty’s affidavit and how those relate to untreated occupational injuries (including head injuries). An earlier post discussed how addiction issues have been studied by researchers in Public Health who shockingly related that the origin of addiction issues can be from untreated workplace injuries!!  (Anyone reading believe that their could be Any long term injury issues to be studied, identified or treated by WWE as amongst the ranks of professional wrestlers????)