In an overlooked decision Judge Bryant’s ruling in the Singleton/LoGrasso case that DENIED the WWE’s motion to dismiss the case was cited as an Important precedent in the Ohio Court of Appeals in an important case involving football players at Notre Dame University. The ruling quotes the WWE lawsuit at length in ruling on behalf of the football players. The ruling in favor of Vito LoGrasso and Evan Singleton is one of the first of its kind and has now set precedent in the pleading of occupational disease claims in CTE sports cases.

“These courts rejected defendants’ claims that the statute of limitations accrued at the time of the concussive and subconcussive impacts, recognizing that plaintiffs’ alleged injuries in the form of an increased risk of developing neurodegenerative diseases, such as CTE, are distinctly different than the head injuries they sustained while playing the sport. As explained by the Connecticut district court in the wrestling case:

The mere fact that the Pre-2012 Plaintiffs allege that they sustained concussions and head trauma during their tenure with the WWE; and that they allege awareness of those concussions and possible concussion-like symptoms at the time, is not necessarily dispositive here at the motion to dismiss stage. A single [mild traumatic brain injury (“MTBI”)] such as a concussion, and the symptoms that a discrete MTBI can manifest, are not the same “condition” as a disease such as CTE or another degenerative neurological disorder that may — or may not — be caused by repeated MTBIs.

For this reason, the Connecticut federal district court found that the allegations of the complaint did not support the conclusion that the plaintiffs had been on notice of their alleged injuries, i.e., increased risk for latent, permanent neurological conditions, simply because they had suffered a concussion. Specifically, the court explained as follows:

Here, however, it cannot be determined from the face of the Complaints and as a matter of law that the Pre-2012 Plaintiffs were on notice of an increased risk for a latent, permanent neurological condition merely because they knew they had suffered a concussion and/or sustained other minor brain trauma during the time they wrestled for WWE. The Pre-2012 Plaintiffs’ knowledge, or lack thereof, of a connection [between] repeated concussions or sub-concussive blows to the head and latent, permanent neurological conditions presents a material issue of fact that must be decided at a later date. Without knowledge of such a connection, Plaintiffs may have discovered “some injury,” but not “actionable harm” because of their inability to tie head trauma that they knew they were sustaining to another party’s breach of a duty to disclose increased risks for latent, permanent neurological conditions.”

This very important ruling opens the door for other athletes and wrestlers to potentially pursue claims for CTE injuries.

A New York Court issued a very favorable ruling on behalf of the family of a deceased NFL player, that has important implications for plaintiffs pursuing CTE claims. Read the Opinion Here

“This type of latent disease is comparable to asbestos cases where the injury occurred outside of the statute of limitations period, however, the manifestation of the disease or illness is not developed or detected until years layer. If plaintiff was suffering from a latent condition, and the ability to diagnose the condition is not available until the death of the injured party, then under the discovery rule the cause of action arises upon the discovery of the latent disease, i.e., at the time an autopsy is performed.”

This is substantially similar to the arguments advanced by the WWE wrestlers. 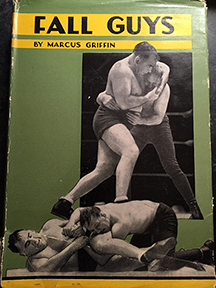