Only few days before the Dismissal of the Laurinaitis plaintiffs’ claims, the plaintiffs in the Singleton, Lograsso case filed this response to WWE’s continued attempts to collect $176,000+ dollars against Attorney Kyros for advocating for WWE wrestlers. The WWE’s motion accused Mr. Kyros of committing a “fraud on the court,” “dishonesty,” and “wrongdoing,” and pointed to social media of Evan Singleton bodybuilding and competing in a strongman competition. 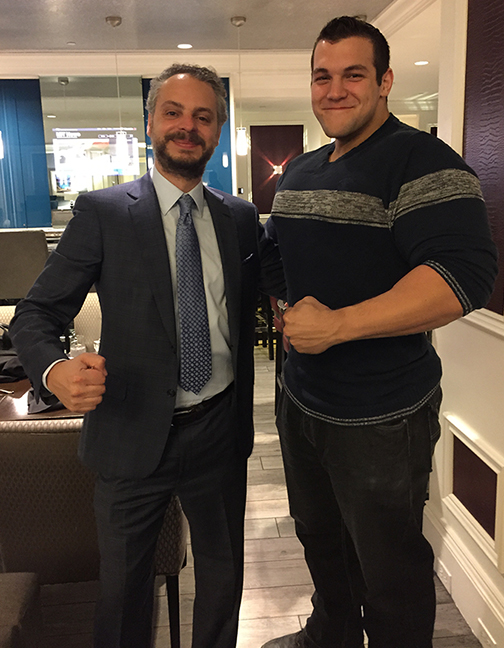 Kyros’ Sur- Reply to WWE’s REPLY to Plaintiff’s Response in Opposition to WWE’s Motion for Fees
Read Document here by clicking on text below: 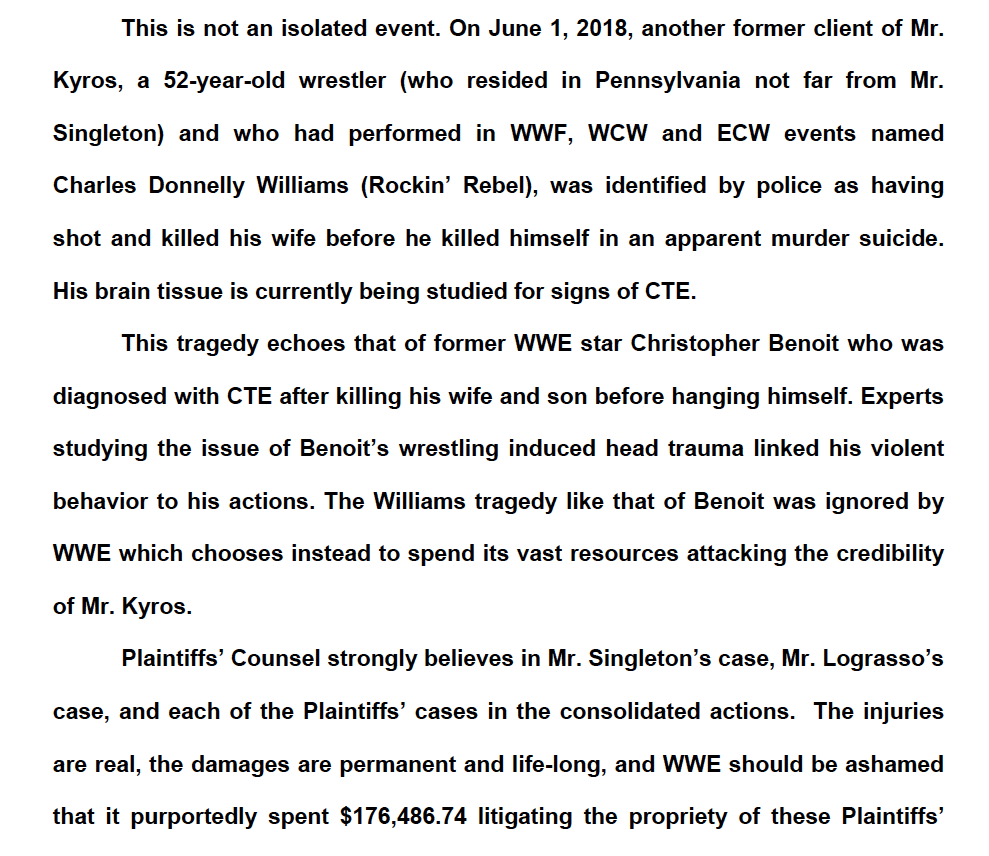